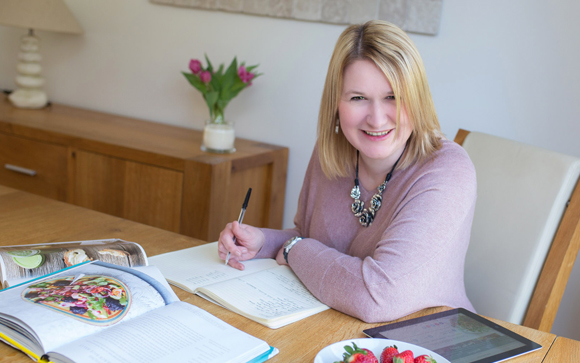 What I know now about Self-Care

I’ve always been someone that is naturally optimistic and able to see the positive. When I’ve been through a challenging time I don’t dwell on it and often just push through and make the most of a bad situation and take it as a lesson learned. But last year even I struggled to that. It totally knocked me for six and made me re-think who I was, what I wanted, what I was passionate about. Fundamentally it changed me as a person.

The thing is, I like to be in control. I’m a very organised person and love a routine. When your child is seriously ill and going through cancer treatment, you are no longer in control. Your life is literally turned upside down as you focus solely on getting them well and supporting your family through it. I stopped working (a huge part of my identity), stopped seeing friends, going to my exercise classes and felt like all we talked about was hospitals, medications, diagnosis, treatment etc. I wouldn’t change any of it as you do whatever you have to do and my daughter needed me. It’s not till after things have calmed down that you are able to reflect and see how it has impacted you.

I’ve raised my daughter on my own since she was 6 months old. We have a really close bond and when I first met my partner when she was 3, she didn’t speak to him for the first year. They are super close now though, and he was the only person other than me that she was happy to stay at the hospital with her. I struggled a lot with the guilt of leaving her, but it was matched by the guilt of not being able to be there for my younger son. Wherever I was, I felt guilty and like I was letting someone down. I had always worked part-time, done all the school runs and been there every night and suddenly I couldn’t be and he was not only dealing with his sister being really poorly and not around but his mum having to leave him and being picked up by different family members and not at home as much. So, we tried to alternate the night stays so we both could get some sleep and spend time with our son and we would spend most days together at the hospital. Add to that her dad and stepmum being around every day and having to suddenly spend lots of time with a man I’d been divorced from for 11 years, and have a strained relationship with at best, my anxiety levels were through the roof! Georgia wasn’t close to him, and didn’t want him to do more than visit for a couple of hours but would never verbalise to him what she wanted so it led to some difficult conversations which emotionally took their toll on me and my partner.

The 6 months she was on treatment were hard. The hardest times I’ve ever experienced. Watching the child that you have always just tried to protect from harm being prodded, poked, operated on, stuck in a big scanning machine unable to hold their hand and pumped full of toxins is the worst, but you have no choice and all you can focus on is that it is to help them get better. At least during this time you know they are under the best possible care, that you are not alone and have people who spend every day looking after your child and doing their best for them.

There was a period of time post-treatment when I felt a little bit numb, and like I’d lost myself along the way. Suddenly it’s over, you’re supposed to be celebrating and getting back to normal life, but you’ve forgotten what normal is and you feel like you’re a limbo. My partner was back to work full time but I didn’t feel ready, and as a mum I needed to take some time heal and that’s what I did for the last few months of 2019.

While I had made sure that we ate healthily (one of the only things I felt in control of), I started to really turn my focus onto my own health and wellbeing – from an emotional and physical perspective. Eating foods that I knew would really nourish my body, exercising more and getting out in the fresh air as a starting point, and also making sure that I was taking some time for myself. Sometimes that was literally doing nothing except binge watching Netflix series (because honestly I just felt emotionally exhausted) and others it was going for a coffee, meeting a friend for lunch or getting my nails done.

It takes time to heal after you’ve been through an emotional trauma like that and I’m not ashamed to admit that I needed help with that. Seeing a counsellor was a big step forward. Having someone to talk to outside the situation, without judgement, who helped me to unpick and vocalise how I was feeling. She encouraged me to start journalling again which has always been a release for me, and helping me to recognise when I was feeling anxious and low and needed to take some time to process those feelings (something I haven’t been very good at in the past, preferring to push them down and not deal with them).

9 months on, I’m still a work in progress but I have a lot more good days than bad. I feel like working again, and am enjoying seeing clients and getting fully back into it. I am taking care of myself, which means I and also able to be fully present for my partner and kids. I am waking up feeling rested most days instead of exhausted even after a full night’s sleep. My anxiety (something I have never had to deal with before) is still there but a much lesser extent and I know what to do when an attack hits me. And I’m happy with where I am right now.